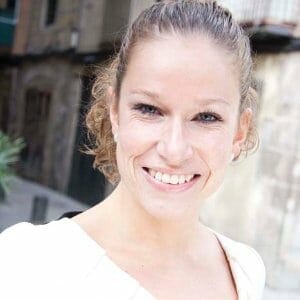 Esther, please describe the project and your role in it

In turn, this evidence will be used to develop guidelines and practical tools. In collaboration with a diverse group of experts and other stakeholders, this resource will be used to provide policy guidance at both the EU- and Member State level. The main goal of MooDFOOD is to deliver sustainable, evidence‐based nutritional strategies for the effective prevention of depression among EU citizens.

My role is to deliver observational evidence for the relationship between food consumption patterns and depression. This information was among several elements used for the development of dietary advice given to people participating in the MooDFOOD trial. Furthermore, my role is to disseminate the obtained knowledge about this topic to other experts, by giving presentations at congresses, and by collaborating with other MooDFOOD partners in Europe.

Please describe your paper and its relevance to the project.

In my paper I investigated the association between a healthy dietary pattern and depressive symptoms over time among older adults in Tuscany, Italy. We observed that a dietary pattern, typical for the Tuscan population, which is high in vegetables, olive oil, fish, fruit, cereals, eggs, potatoes and moderate intakes of wine, red and processed meat consistently lowers depressive symptoms over a 9-year period. In other words, not only the typically known ‘healthy foods’ like olive oil, fish and vegetables, but also intakes of food generally considered ‘less healthy’ such as red and processed meat, are important and are part and parcel of a dietary pattern associated with lower depressive symptoms. The most important implication for practice is that diet could be used as a plausible tool to test in practice to lower depressive symptoms.

The association between dietary patterns derived by reduced rank regression and depressive symptoms over time: the Invecchiare in Chianti (InCHIANTI) study